The conference will concentrate on the relation between pluralism and the philosophy of difference, as the latter is formulated in the writings of Deleuze and Guattari. Pluralism is still today one of the demands of contemporary democracy. In question, though, is a pluralism capable of keeping at bay as much the fragmentation of political positions as the concomitant weakening of political resolve, while also pursuing an “assemblage” of several conflicting political wills that Deleuze and Guattari designate paradoxically as inclusive disjunction. By addressing anew the relation between pluralism and the philosophy of difference, the conference will deal with issues originating in the thematics and problematics of Deleuze’s and Guattari’s writings inside an exploratory framework of problems preoccupying the Greek imaginary, which in no way entails the lack of a geopolitical dimension. For example, the dialectics of territory (territorialisation / deterritorialization), which will be at the center of the conference discussions, will provide the participants with the opportunity to reflect on the dynamic differentiation and modulation of cultural traditions, beyond the fallacy of their allegedly diachronic identity or their nihilist rejection. Pressing concerns with the Other, heterogeneity, hospitality, the foreigner, immigration, the one thousand little sexes, minor languages and minor writing, cultural constants, identity and difference, the many helpful and non-helpful opinions circulating about the postmodern and deconstruction may be brought again forth and regarded through new, Deleuzian this time, lenses. In line with the multi-disciplinary output of Deleuze and Guattari, the conference will encourage discussions and interventions on the role of refrains of freedom in post-Deleuzian work on cinema, theater and music, as well as in post-Deleuzian architectural theory and practice.

* If there are people with hearing difficulties who would like to attend the conference, the presentations they are interested in could be made available to them in electronic or print form. Please contact the presenters direct or a member of the organizing committee. 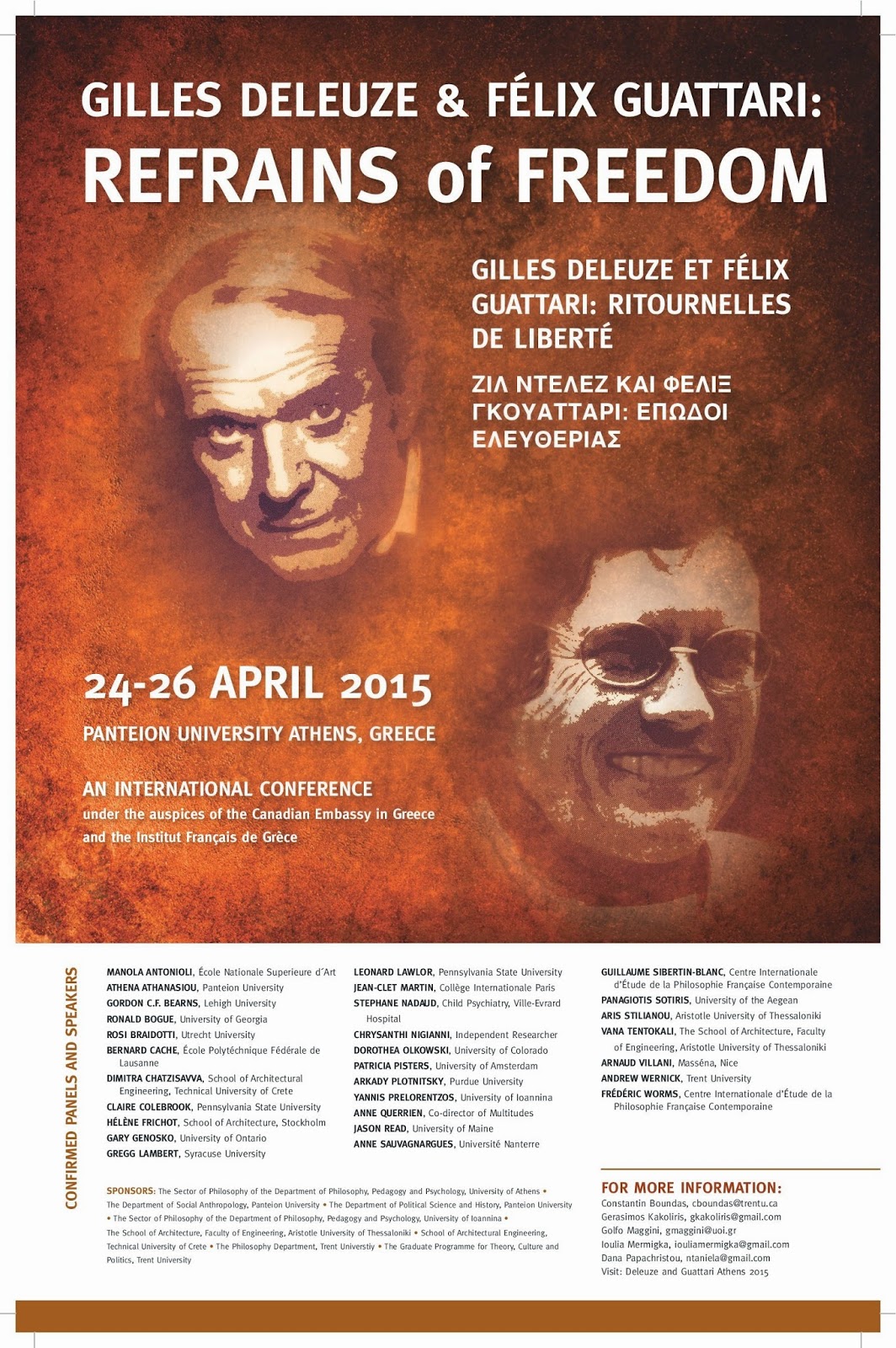